Learning together in friendship

At Warren Hills, Spiritual, Moral, Social and Cultural education is embedded across the curriculum in a variety of areas.

Spiritual: We encourage children to explore beliefs, respect different faiths, feelings and values and to learn about themselves as a person and about others in the ever changing world that we live in.

Moral: We regularly investigate moral and ethical issues. The children gain an understanding of right and wrong and learn to respect the law and understand the consequences.

Social: We learn to appreciate that people have different points of view and value these. We spend time talking about conflict resolution and understand the fundamental values of British Democracy.

Cultural: We celebrate and appreciate cultural influences and diversity. We develop an understanding of Britain’s parliamentary system. 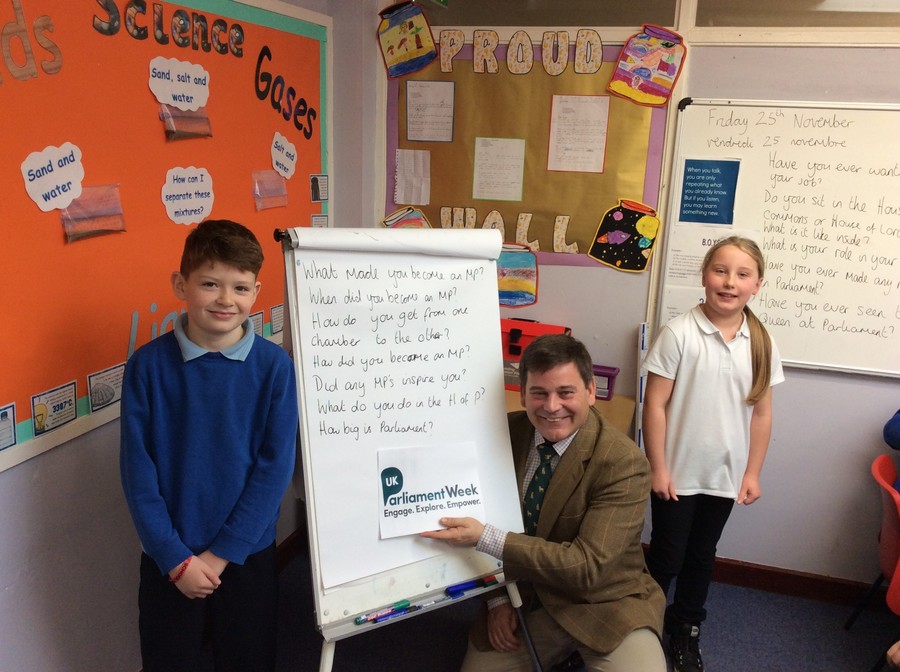 UK Parliament Week took place in November 2016 and this year, over 250 organisations, schools, museums, charities and youth groups around the country will join this a week-long festival of events and activities which explore what the UK Parliament means to them and their community. Andrew Bridgen MP took part in a debate with the children about the Syrian refugee crisis and the role of the British government. He also answered questions on his role as an MP and how he represents the local community.

Andrew Bridgen, MP for North West Leicestershire: ‘UK Parliament Week is a great opportunity for young people to get involved and find out more about Parliament, the work of their local MP and find out how they can make their voices heard about issues that matter to them.  It’s a great opportunity to take part in this national event, alongside 250 other schools and organisations.’

Following on from Andrew Bridgen MP’s visit, the pupils from Warren Hills Country Primary School were enthralled and enthused with the way he spoke to them and took part with their debate. He was able to speak to them on their level and answered the questions considerately, despite some tricky questioning!

Mr Daren, the class teacher, added: ‘Andrew Bridgen MP was amazing for the school. He really inspired the children to see what they could achieve and aspire to be; it was a really good way to end their week learning all about Parliament and how important it is for the country.’